Open to all school/ select teams.

AGE ELIGIBILITY: All players will be eligible for the full season of Speed Camp USA events based on the Age Cut of date of Jan. 1, 2023. For Example: Player is 14 as of January​ 1st 2023 then that player will be classified as 14 for the 2023 season and is eligible to play.

🚨TWO WEEKS LEFT TO SIGN UP🚨 Winner will receive FREE entry into next ONE DAY tournament as well as other prizes‼️ https://t.co/aUzOC5qcEh https://t.co/EQgOp49QTe 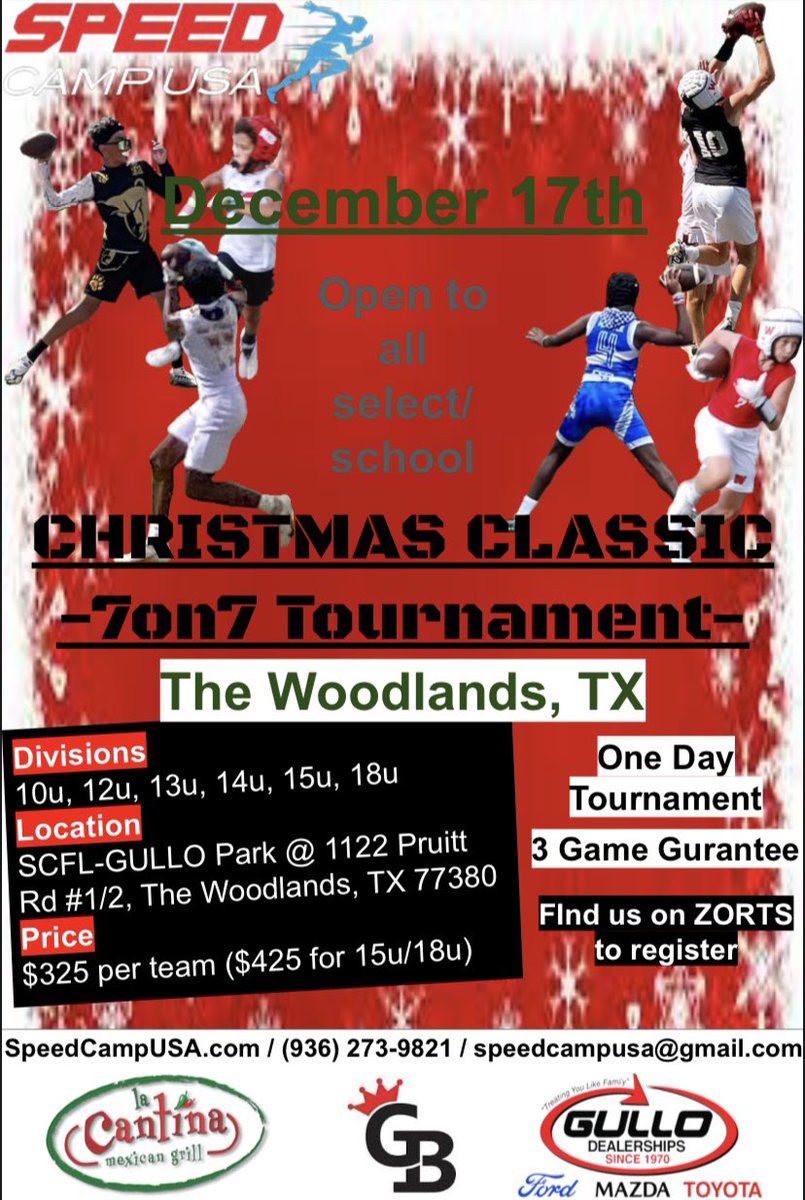 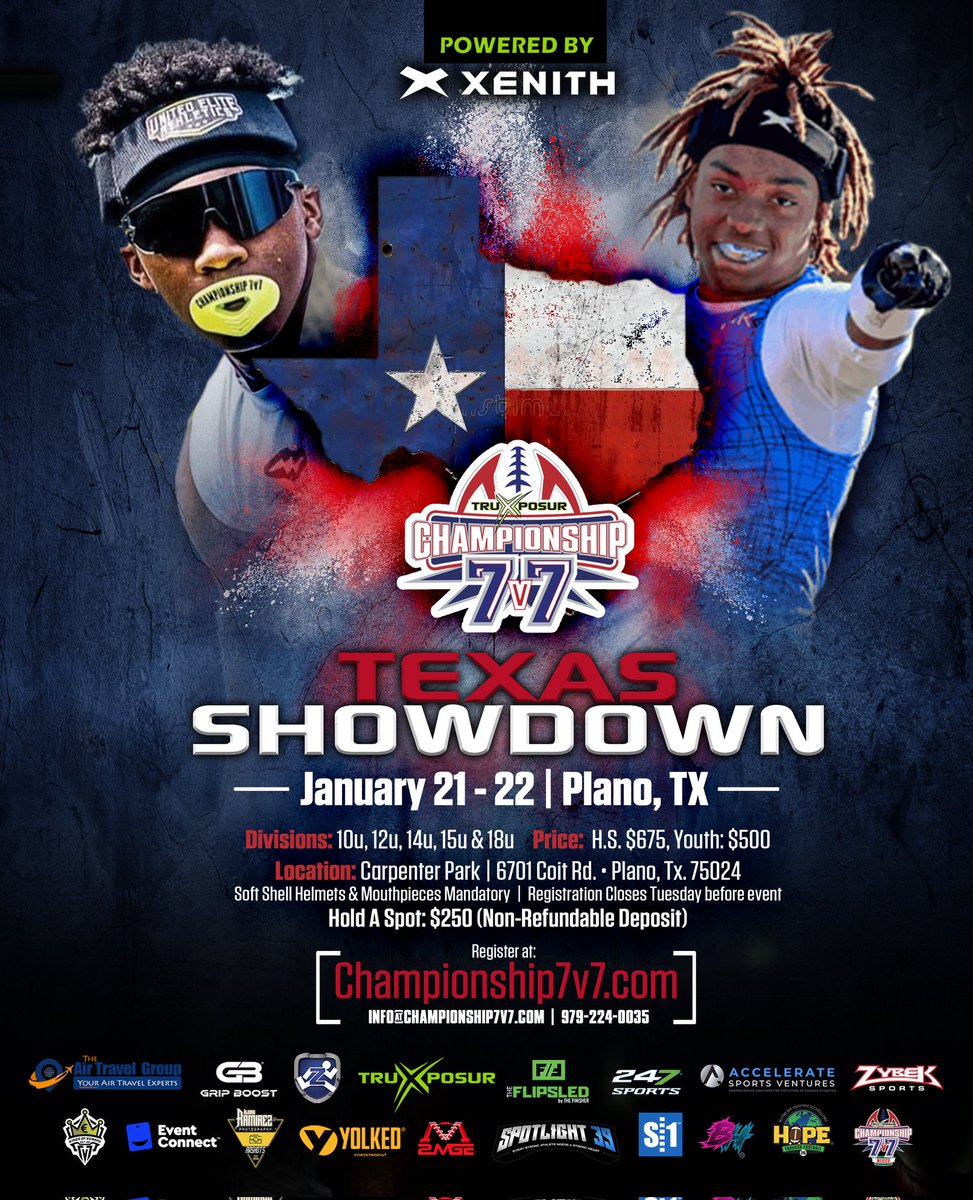 RT @USAFootball: It's never too early for league leaders to start thinking about next season. Join us &amp; @StopItNow for a FREE 2-part webina…

Tournament season means you have to hook up your division winners with SWAG....What better way than with custom designed rings, available at great prices. With the season fast approaching, don't wait and reach out now! https://t.co/ZFaf6GIzVG https://t.co/KOSSnGffQR 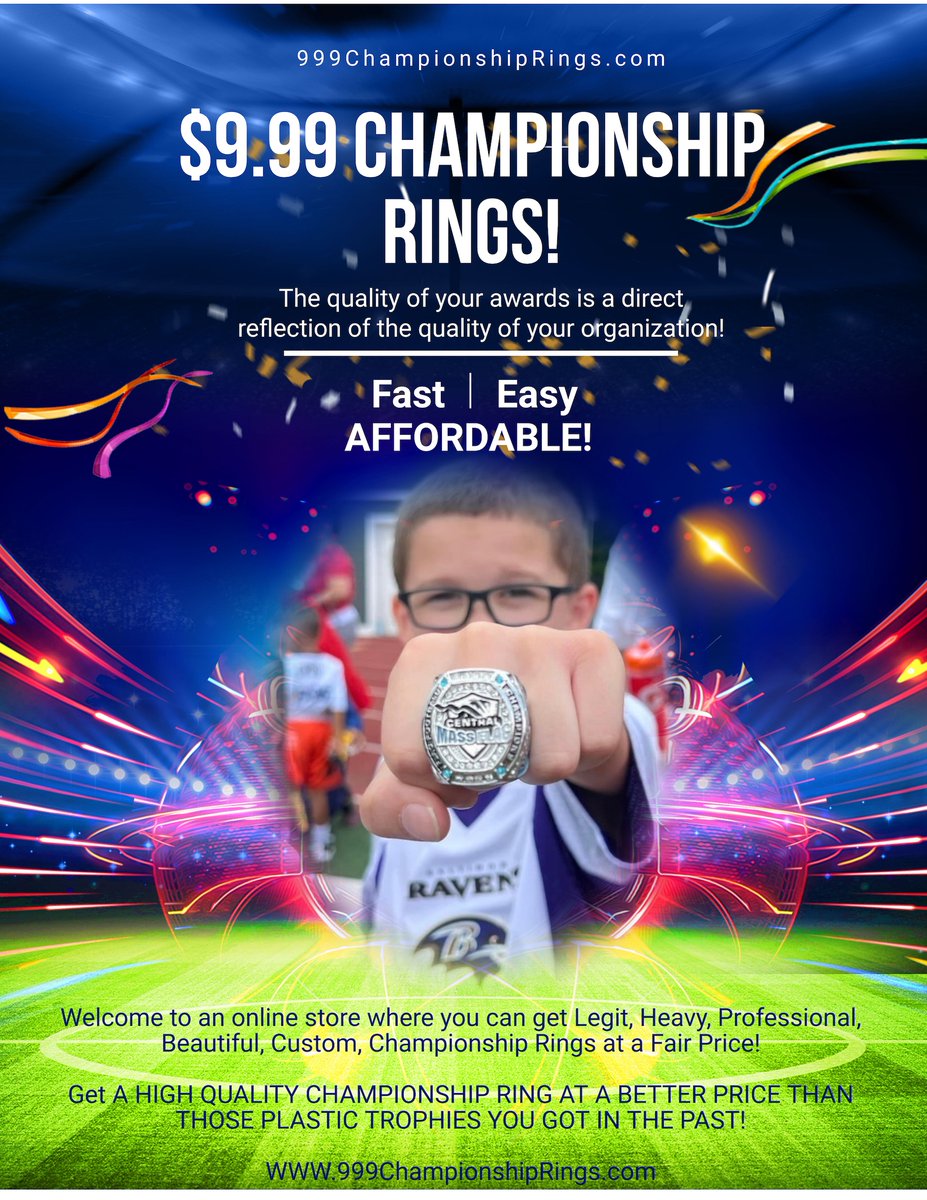 RT @24k7v7: This Saturdays event is more than a tryout! It’s something for the community and culture! Food, music, and kids competing! Recr…

RT @MikeEvansElite: The OFFICIAL schedule for our 7v7 season this year…Focused on having the kids we work with play against the best compet…