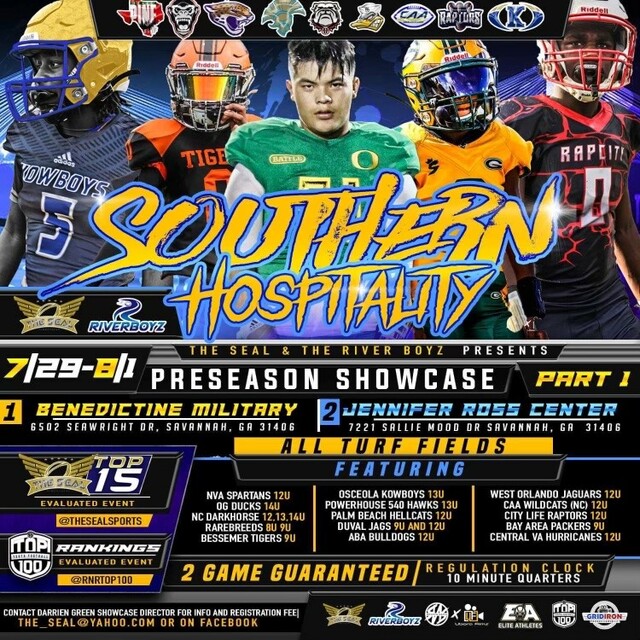 July 29 – August 1st, Teams from all over the nation will flood Savannah, Georgia to compete in The nation’s Premier National Preseason Showcase where ranked teams clash & diamonds in the “Ruff” get their shine. The Seal, Riverboyz, and RNR Sports Media Presents Welcomes you to Southern Hospitality Preseason National Showcase! All teams will be evaluated for The Seal TOP15 NATIONAL & TOP10 REGIONAL RANKINGS. All players who fill out the Southern Hospitality Player profile form will be considered for RNRTOP100 PLAYER SPOTLIGHTS, Southern Hospitality National Showcase Recap and Top Performers Report, and will be considered for RNRTOP100 Rankings. With over 20 premier teams already Confirmed… We smell smoke!!!. Registration is now open & spots are limited. Details below!
Please contact Darren at the_seal@yahoo.com for more information or to register!